With an eye on progress 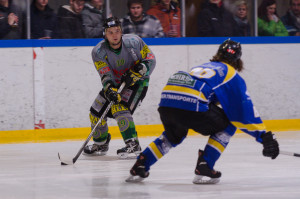 Being ourselves active hockey players, we care about the quality of our product.

Ice hockey is our life! This maxim has been at the heart of our decision to establish the company SKATE REVOLUTION.

The SKATE REVOLUTION team consists of the marketing and management, as well as the sports executives of the hockey-club EC Götzens (area of Innsbruck/Austria). Being ourselves active or retired athletes, we are keen to promote the sport of hockey and to tackle the disadvantages and basic problems this sport encounters in our environment.

Starting with a focus exclusively on the sport of ice hockey, we realised that our product can be used for all types of sports performed on ice, and offers a wide range of possibilities for leisure activities – for example at christmas markets, shopping malls, hotels, camp sites, municipalities etc.

Hockey training in summer? No way!

Like all ice sports, ice hockey remains a fringe sport which can only be played a few months every year. During the other months, training is either impossible, or hockey clubs and athletes need to resort to the few and expensive all-season ice rinks. Every ambitious athlete knows the consequences: lack of training, loss of technique, loss of gaming quality.

So, the question was: How can ice hockey be transformed from a 5-month sport into an all-season activity? 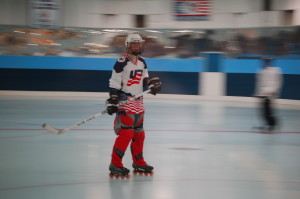 Inline skating is no alternative

Even inline skating could not establish itself as a true alternative to consistent and effective ice hockey training as its patterns of movement, skating technique and physical requirements are too different. For this reason, hockey athletes have been reluctant to accept inline skating as a proper form of training.

All these considerations have led us to think of synthetic ice as a useful training tool. Following an initial scepticism, after a mere few tests one thing was clear: We found what we were looking for!

After extensive product testing – including a total of 8 currently available products – and thorough analyses our choice fell on ART-ICE© by Dutch producer BETECH.

The first summer training on synthetic ice in the Götzens Ice Arena.

The first summer training on synthetic ice in the Götzens Ice Arena.

Having made our decision in favour of ART-ICE©, in the summer of 2015 the Götzens Ice Arena was fitted with 240m2 of synthetic panels and genuine ice hockey boards for further testing.

The athletes of the EC Götzens were the first to be able to train on this new and unfamiliar surface. Starting from the very first training session, the entire club grew hot with a fever for hockey – in a season when this sport is hardly ever thought of.

So one thing was clear: We finally found a product which would satisfy our athletes’ wishes as well as all the requirements for an effective and focused training during the ice-free season.

Misson Accomplished! But not enough.

We plan further steps for the future and intend to continuously widen our range of training equipment in order to provide athletes and sports clubs with the means to optimize their training is summer as well as in winter. Our main focus rests on tools which train puck and stick handling, as well as on-ice coordination.

As a first highlight, our SUPERSHOOTER2 is a hockey goal which automatically returns pucks to the shooter.

But this is obviously not all. We hardly need to mention that we will continue to test and analyse extensively before deciding on the best product. Because, here as ever: quality matters! We are quite excited ourselves…